Beef got out again Thursday night by jumping the fence. He literally jumped a 4′ tall fence. 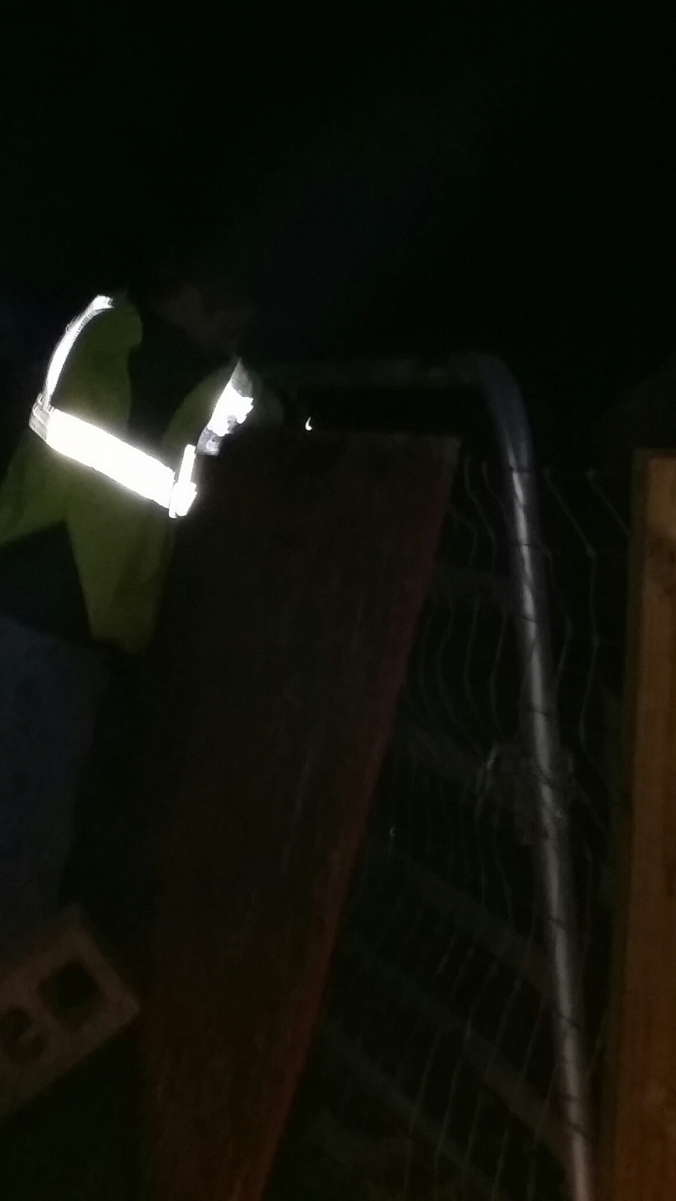 Beef and the goat also got out Friday night. I had a man over to give me a bulldozer estimate, and I knew the goat was out, but then I realized Beef was not inside the fence either!  He jumped it again.

Ted came home and tied Bessie out so she could eat fresh grass as well, and I watched Beef so he didn’t come down the hill and get in Gramma’s flowerbeds.  While they were all out, Ted installed electric fence insulators on all the t-posts. Beef went back in himself (so nosy he just had to see what Ted was doing), so we put Bessieand the goat back in, too.

That effectively ended putting insulators on the wooden posts; the cattle kelt trying to kick Ted in the face and hair and on the arms. They just love him and want to show him all the time.

Well…..that or they thought he had treats in the plastic sack that rustled every time he got out another insulator. LOL

Those cattle are wearing him out!