What do you do when your husband has surgery and then has to leave for a business trip, and everything on the farm happens the day he leaves?  Well, around here, I put on my big girl boots and deal with it myself. 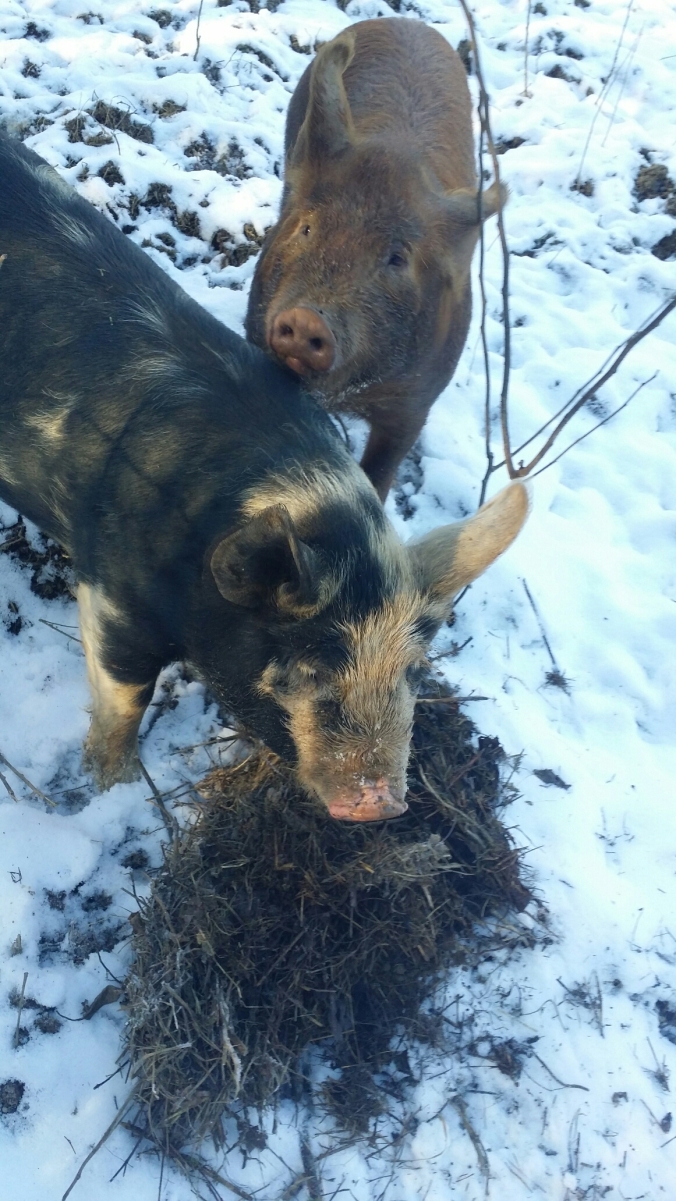 They loved the dirt I tore off the fence and threw back to them.

The pigs were so interested in watching me.  Then they hid my dropped scissors when my back was turned so that turned a fifteen minute chore into a forty minute chore because I couldn’t leave a sharp object in there with them.  They were not helpful in finding what they hid.  Looking for the scissors led me to find the pigs had rooted around and kicked dirt over the electric fence wire which meant it would short out if left that way, and I had to unplug the charger and fix the scary fence (which took another forty minutes).

Bindi is getting little horns!!!

Next, I had to feed the cattle so I headed to the barn and filled bags for the cattle and extra pig feed for the pigs.  The cattle are gorgeous and so much fun.  I love visiting them each afternoon, giving them ear and neck scratches, and just looking into those deep chocolate eyes.

After that, I had to top off the water tank to the rim, and I had a chance to run in and visit Gramma Izzie for twenty minutes while it filled.  She always has hot coffee waiting for me; it’s the best part of the job!

Then I realized Ted and I hadn’t even thought about putting a round bale of hay in the pasture since his surgery because I was so busy taking care of him, and he was so busy healing.  They were at the bottom of the hay ring with what they had left!  I ran over to Mr. Johnson’s farm and bought seven square bales because I could handle those myself.

They loved the hay flakes! Score!

Back to the barn and after I unloaded five of the bales, I locked the barn back up tight and threw a bale in for the cattle. 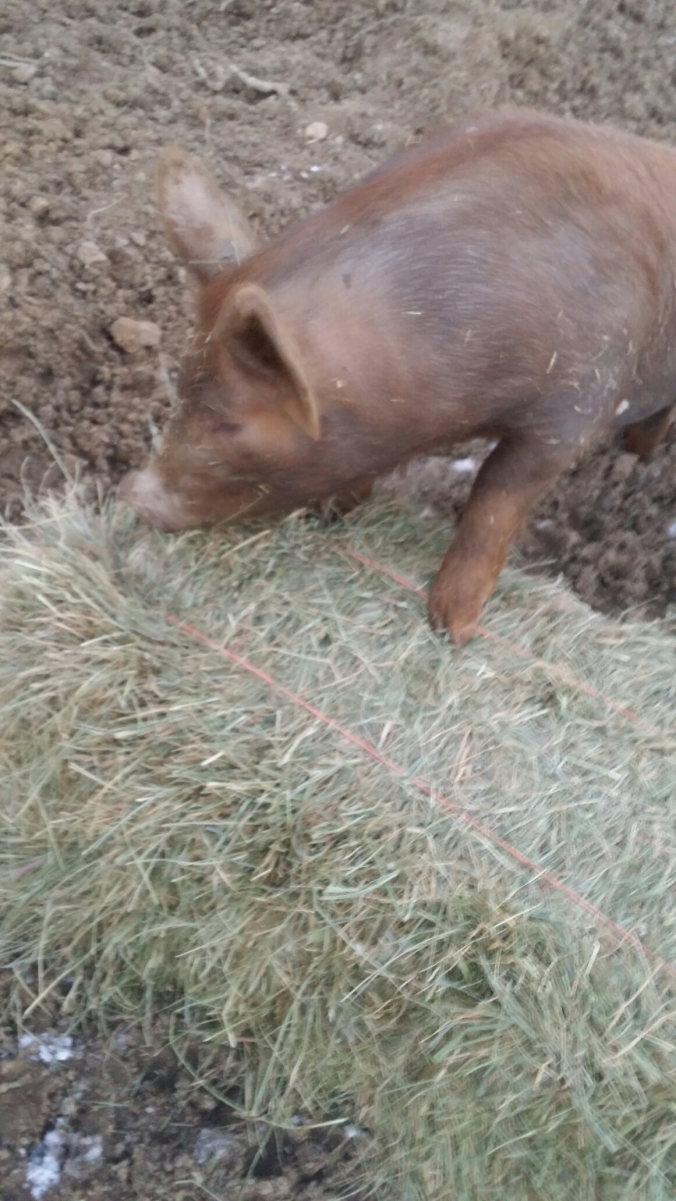 Then I brought a bale back up the hill and used the dolly to get it to the pigs (they love to eat hay). 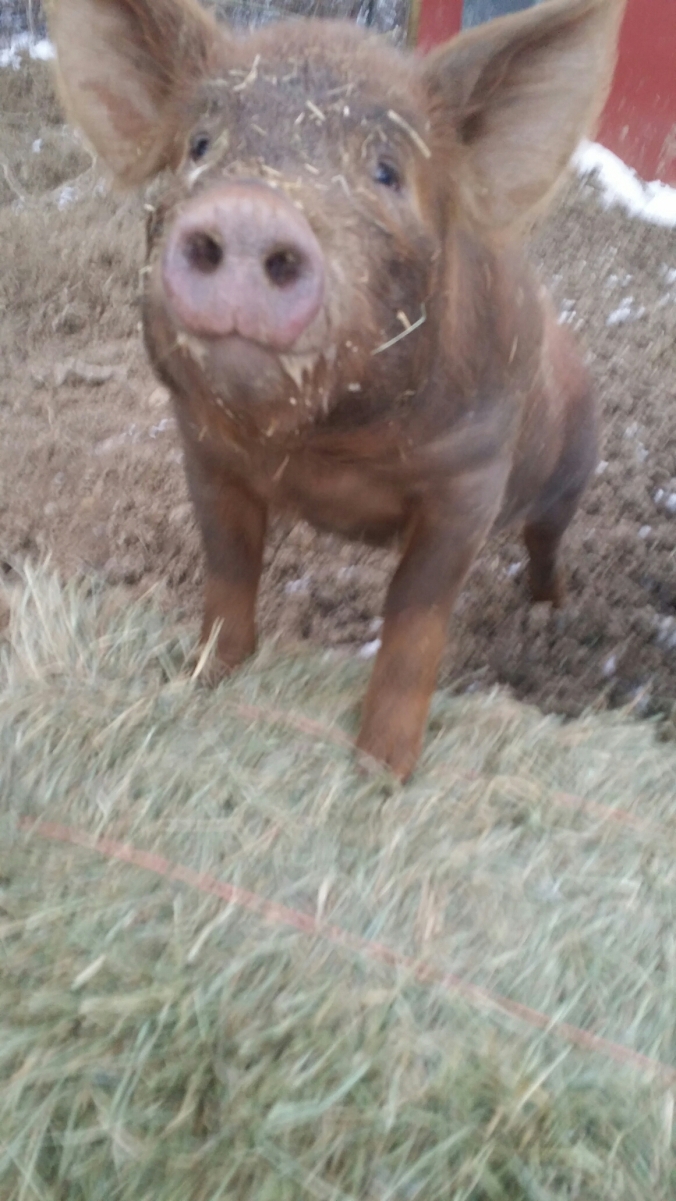 Then I got the chickens locked up for the night and gathered the last few eggs, plugged the truck’s engine block in so it would be easy to start the next morning, locked everything up tight, and headed inside.

Last, I loaded the incubator with eggs to fill the first three chick orders we received, made spaghetti and garlic bread for dinner, and then sat down to work on lesson plans for the following week.

I was tired, but I got it all done all by myself… 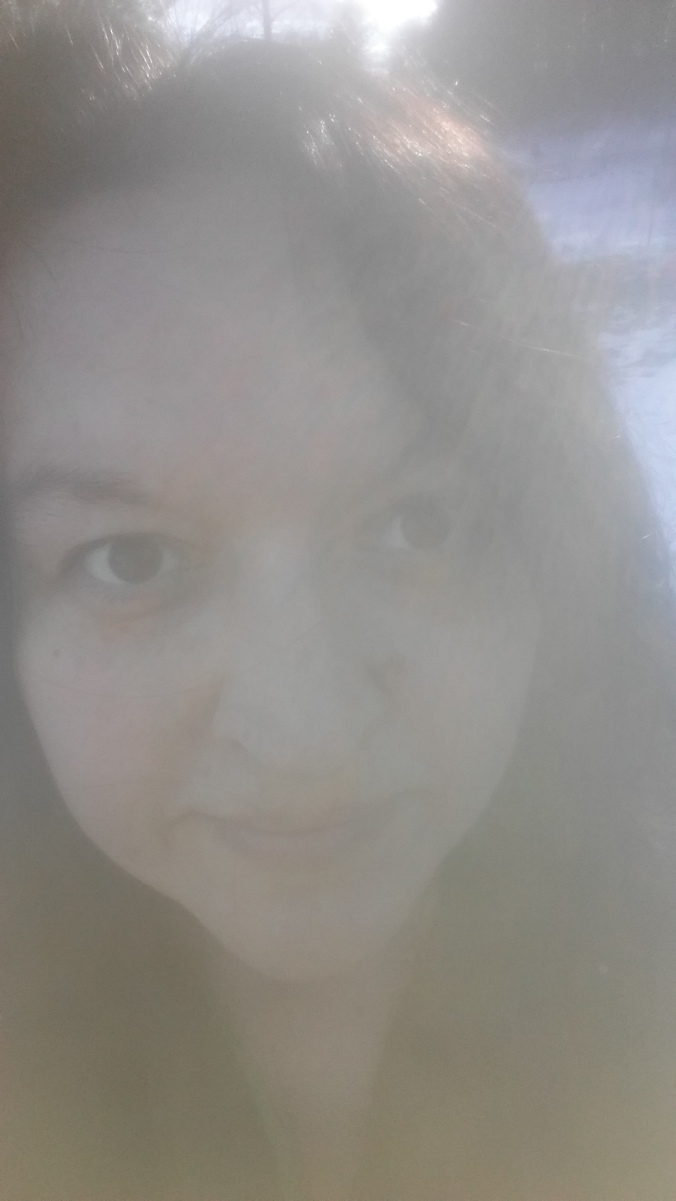 …… big girl boots and all, and I loved every single minute of it!