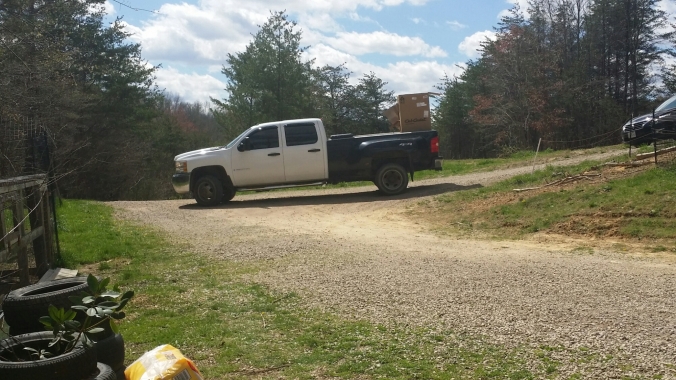 Ted decided a couple of weekends ago to rent a wood chipper to try to clean up a bunch of small downed trees and branches on the three acre pasture, but it was already rented and had a waiting list.  He called around to price them, and nobody had one in stock, so suddenly he was obsessed with wood chippers; it’s all he talked about nonstop.

I called around to various rental places, and the deal is their chippers (had they been available) all had meters installed, and eight hours of use equals one rental day. The rental fee for one day IS EXPENSIVE.   I was actually shocked at how high the fee is.  I talked to Ted about it (because I found one not rented an hour from home and could hitch its trailer to the truck and get it home for him), but he felt like if he was going to pay that much then he should just buy one (and he really really wanted one LOL). 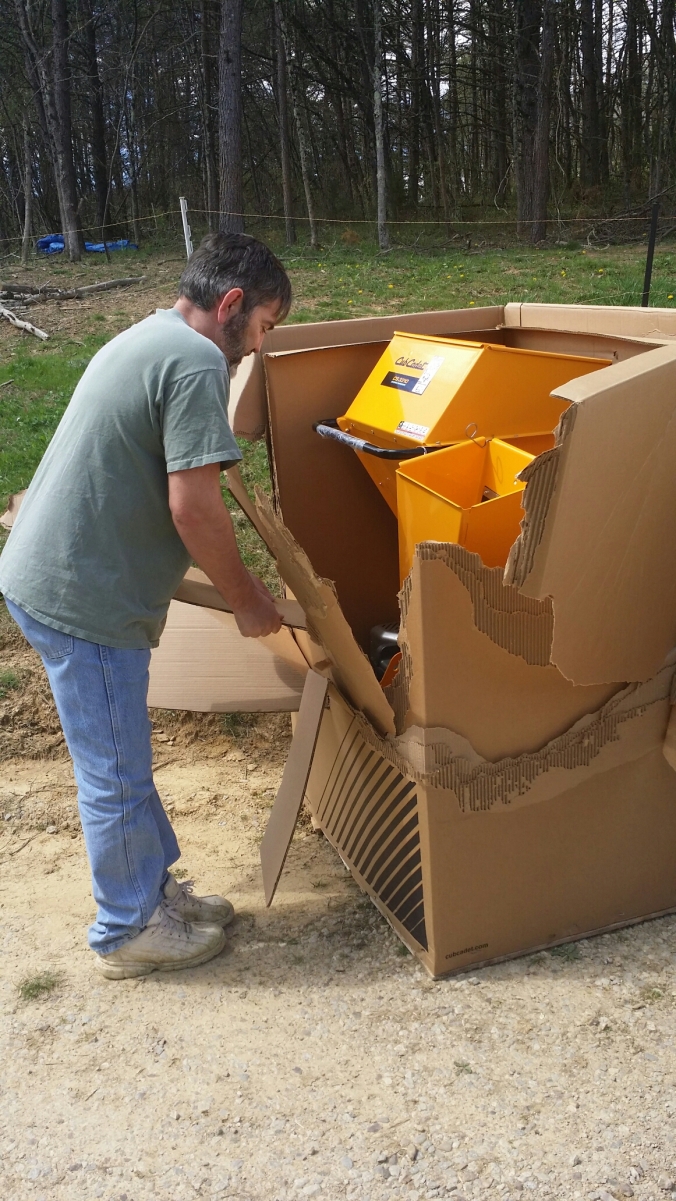 I started calling around: pawn shops, big box stores, home improvement stores, etc. Nobody had one in stock that he could even go look at. Finally, I was buying chick feed at Tractor Supply and asked the clerk to see if they even sold chippers, and even though he didn’t think so, he checked – lo and behold, they did, but again, none were in stock.  I asked him to check nearby stores, and he found three within seventy miles!

I called Ted as he was heading home from work, and he stopped to see one, and it was exactly what he wanted.  This morning, we lit out bright and early and brought home his new wood chipper.

When he got it unboxed, he was disappointed to discover that the bag of pins, safety goggles, and manuals was missing, but I called Cub Cadet, and it’s in the mail on the way here. A quick trip to Tractor Supply to get two pins fixed it so he could use it, and he got to play with it for about two hours today before it got super cold and rained.

Please don’t chop an arm off using this thing!  I like your arms.  🙂