…The best part of baking a turkey, that is!

I drained off as much of the broth from the cooked turkey as possible and set it in the fridge to cool overnight. It came out looking like jello this morning which means that it did what it was supposed to do while cooking. You want the broth to reduce and become gelatinous like this at low temperatures. Six ounces of this with sixteen ounces of water is the same as one store bought can of broth. 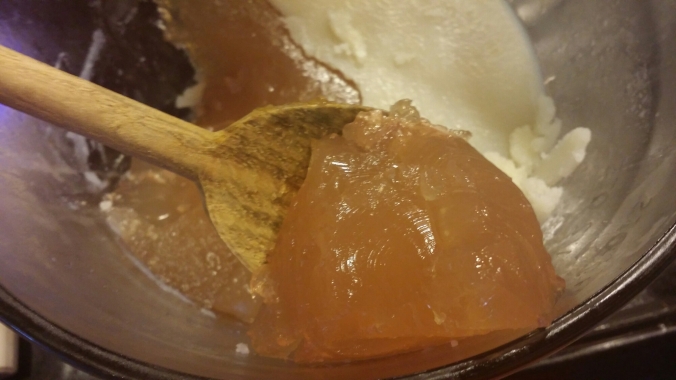 Yesterday evening, I threw the turkey carcass in my six quart crock pot and covered it to the rim with water. I set it on low to cook overnight for about twelve hours. Before I went to bed I added a quart of water to bring it back up to the rim just to make sure it wouldn’t boil dry while I was sleeping. 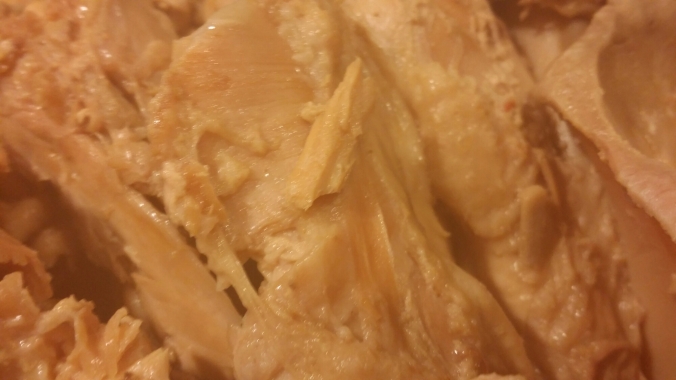 This morning I set a strainer in a large bowl and poured everything from the crock pot into the strainer, catching all the extra meat and bones in the strainer and having clear broth go into the bowl . I got a lot of little tidbits of meat and lots of broth from this method . I ended up with a total of 128 ounces!!! 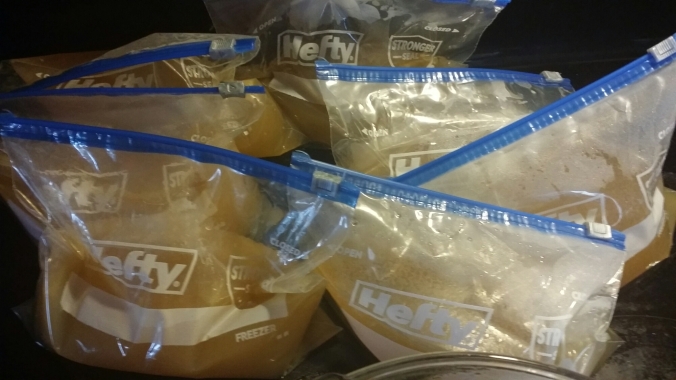 These are just a few of the bags of broth that I packaged this morning .

This broth was portioned twelve ounces at a time into freezer bags, and I have plenty to last me now for the next six months.

Our grandmothers knew all of these tips and tricks to stretch the food that was available for their families. We can use the same things to stretch our food budget dollars, and this broth is healthier than the stuff in the cans at the grocery store !

If you’re really ambitious, you can throw the bones back in the crock pot and cook them down in a lot of water until they are rubbery which takes about 72 hours ( keep adding water so it doesn’t boil dry and ruin your crock pot!) . That broth will be very thin and runny, but you can then grind the rubbery bones in a food processor and toss that with the thin broth into a dog biscuit recipe, and your dog will think you are the bomb! Lol