It was rainy all day Thursday so Ted couldn’t do much outside.  He bought a little sandblaster for the air compressor so he decided to try it out in the garage. 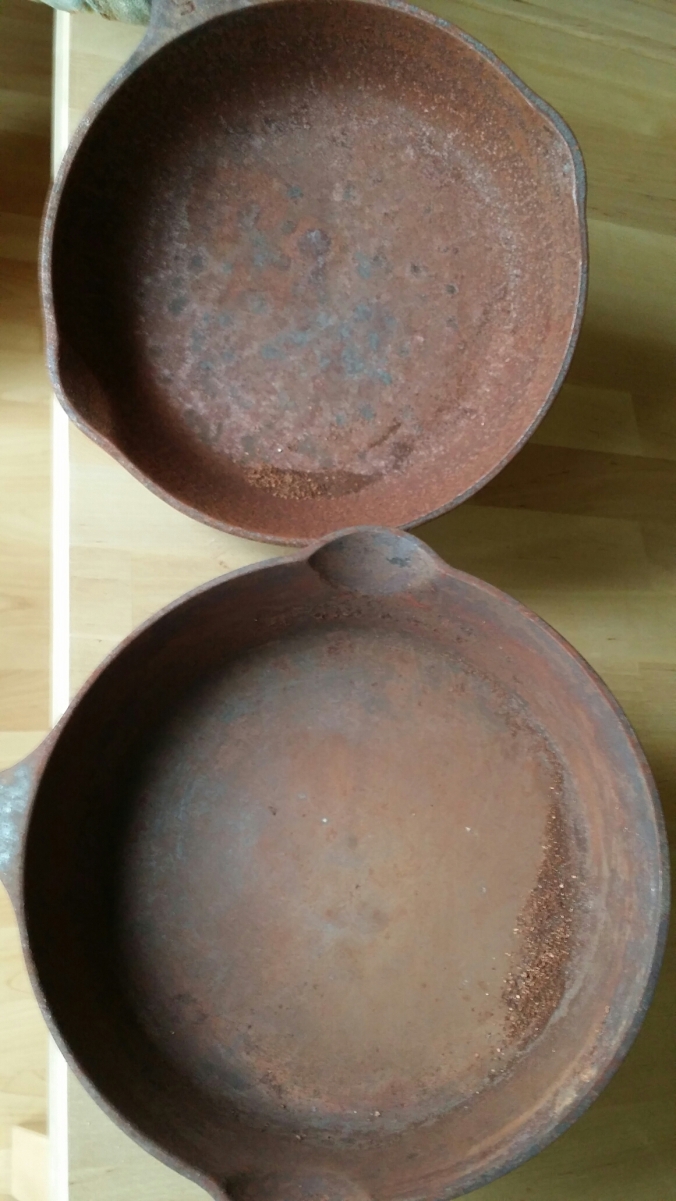 I have had a stack of my Great-grandma Bertha’s cast iron pans for a few years. I found them in Gramma’s old garage. The roof had leaked, and they were rusted all over. I tried using the self cleaning setting on my oven this winter to clean the rust off, but it didn’t work. I burnt out an entire tank of propane on the grill two years ago hoping open flame would do the trick but that didn’t work either.  I was afraid to try Easy Off but thought I would have to use it this summer as a last resort. 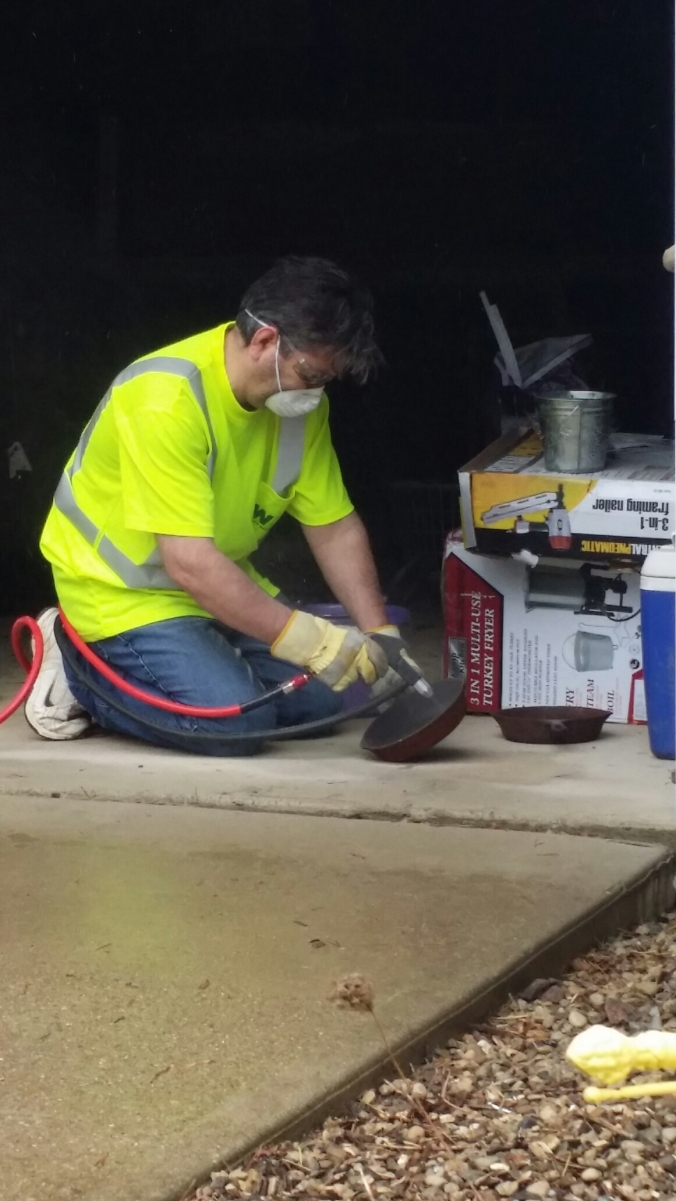 When Ted said he was going to sandblast Great-grandma’s old canning table base, I asked him to try out his new tool on the little griddle. 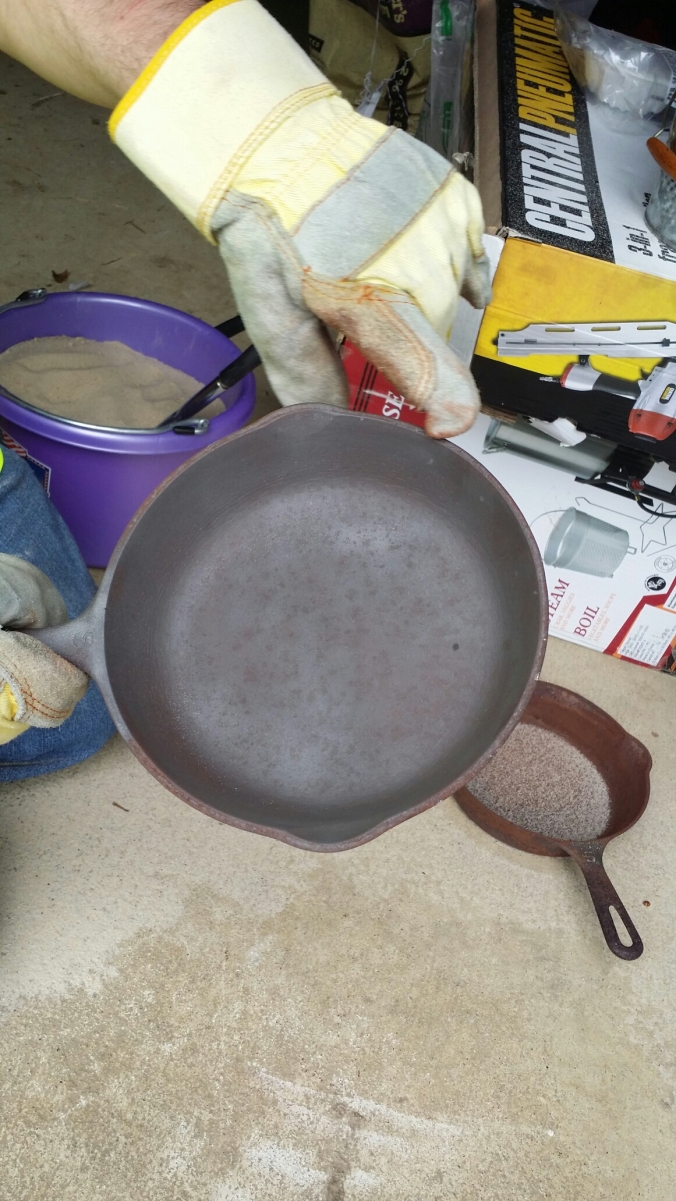 He sandblasted three cast iron pieces in all, and he was able to get them all back to their base grey. That meant it was all stripped and like a brand new pan…it was like stepping back to the early 1900s and bringing back these pieces just like Great-grandma would have first seen them. 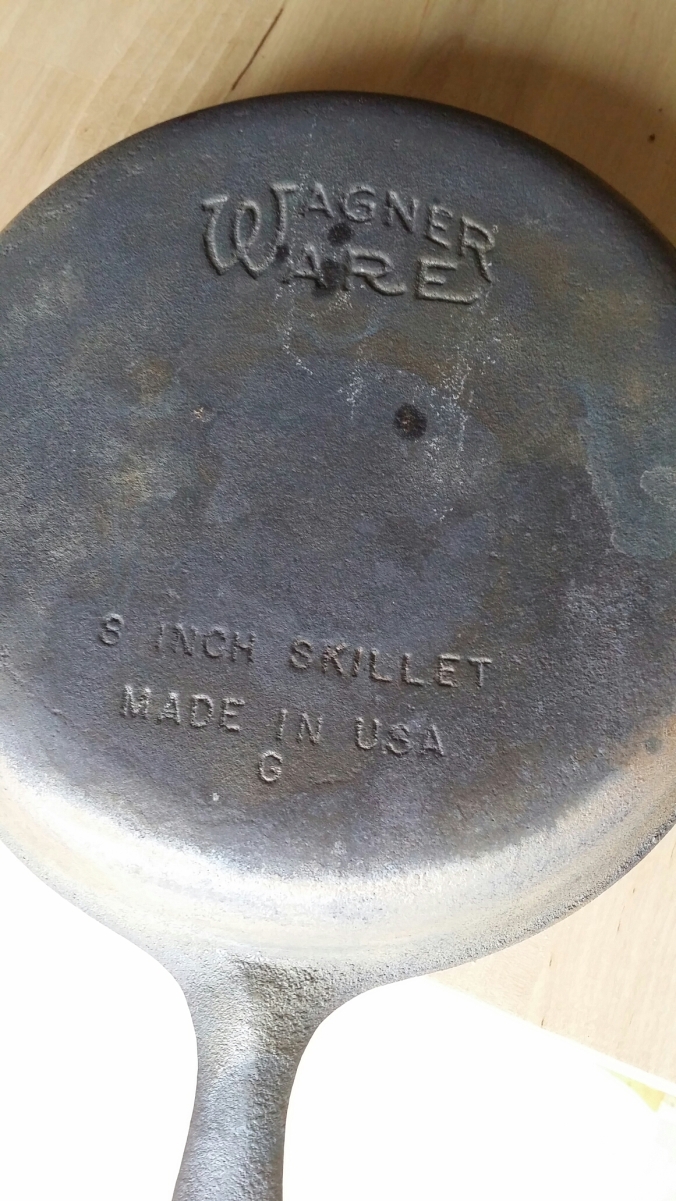 Then it hit me that I was touching the pans just like Great-grandma touched them for the first time. I was heating them and seasoning them like she did the first time.

They will be used this Easter Sunday just as they were so many times before. I’m so excited to share with the family that Ted was able to breathe new life back into these pans!!!

Somewhere up there, I’m sure Great-grandma is smiling down at us.

One thought on “Blast to the past”