When you are trying to build a farm, you can never have too much fence. It is just a fact of life. It is as sure as the sun and the moon and the stars that as soon as you think you have enough fence, you will realize you absolutely do not and have to start building new fence.  We’ve learned to simply accept it.

An old highschool friend and I got to talking last week and discovered that she lives less than a mile down the road from me. Once I figured out which house it was, I remembered that there was a big fence that had been going up in the backyard. When I asked her about it, she said she didn’t think her husband was going to finish it and actually didn’t want it there anymore. I asked her to let me know if he thought he would sell it, and he said he would! After a little talking back and forth and taking Ted down to see it to make sure it would work for what I had in mind, we shook hands and made a deal. 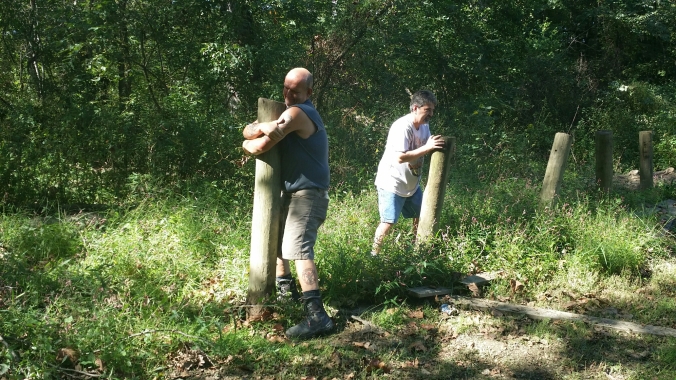 Today at lunch, Ted drove the tractor down, and Jake and I drove the farm truck down behind him to my friend’s house. In about twelve minutes Ted and her husband pulled 42 fence posts out of the ground by hand. The flood in July had hit my friend pretty bad in that section of the yard so it made the posts really easy to pull out of the ground. 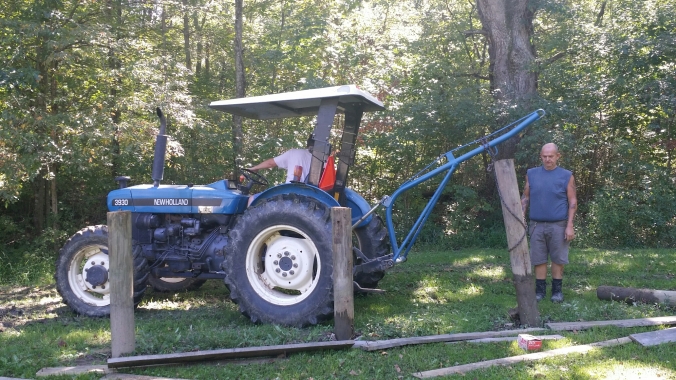 Then they used the tractor, boom pole, and a chain to lift out the last eight from the ground. 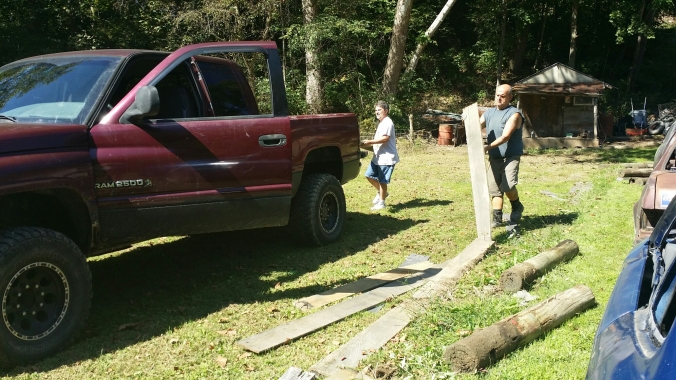 Her husband and Ted loaded the huge heavy posts and lumber into our farm truck and their pick up, and then they hooked up the small trailer that was in the yard and filled it up too. 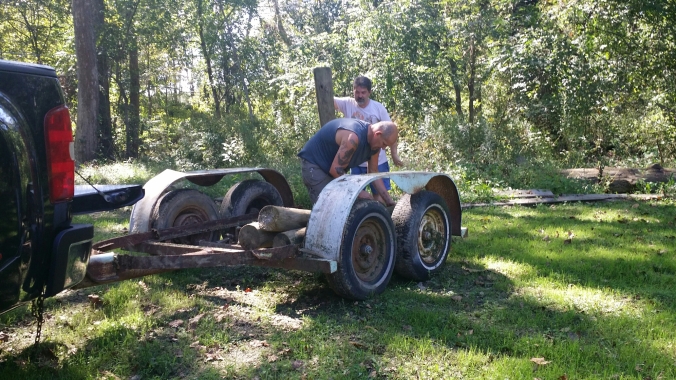 I made a comment to Ted that was the perfect size for the 300 gallon water tank that we are hoping to purchase next month in preparation for winter, and Ted talk to him and work out a good deal for the trailer!

I can’t wait to get some of these posts in the ground and get started on the next round of fencing that will be going up over the next four weeks!