Ted hooked up the electric to the fence in the big pig paddock, and it worked well so he decided today was the day to move the pigs.  By the time I got out the door, he’d moved Dixie who heard Bitsy squealing because she was suddenly alone and promptly shot under the hot wire and through the fence to get back near her sister, and he’d put Dixie back in the pen and put Bitsy into the pig paddock.  Bitsy was thrilled with all that space and wasn’t going anywhere. 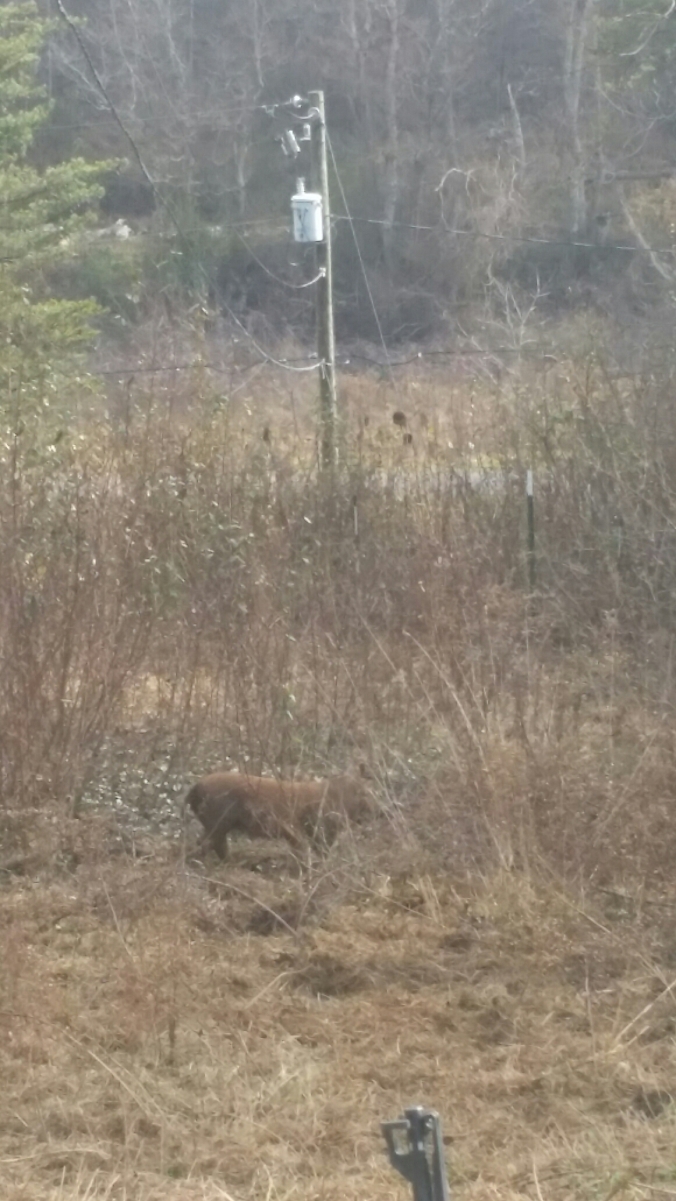 Now, pigs are smart, so tricking Dixie into the cage a second time with a jar of peanut butter wasn’t going to happen. I tried to get her by hand. She would let me scratch her and pet her but wasn’t letting me near her back legs again.   Ted tried to get her with the big bird net (ie fishing net on a pole), and she ran into her big sleeping cage in the chicken coop.  I went in to try to tip the cage up so she’d be stuck, and one of the juvenile roosters tried to kill me flog me (same thing!), and it scared Dixie out of her sleeping area straight into Ted and the bird net. He pretty much wrestled her out of the pig pen (not an easy feat!) and lifted her straight into the cage on the dolly and moved her to Bitsy.

A pig’s squeal is 110-115 decibels. A Concord jet is 112 decibels.  We are sure the neighbors think we’re pig serial killers now due to all the screaming Dixie and Bitsy did today when we moved them!

They learned not to touch the hot wire pretty quickly, and they loved it when Ted rolled over a couple of old decaying logs for them. Evidently they like the little bugsies that live under dead logs. That’s a new pig fact I learned today!

Ted started to dig out a level spot for the water trough and dug it a little deeper because they’re still really short.  He didn’t get far before Lacey the hen decided to join him in the dirt. He’d dig about three strokes, and she’d come in and eat any bugs and worms in the pile, and then she’d move over and wait for him to dig again.   He was her personal chef for a while.

The pigs were smarter than Cooper; he ping-ponged off the hot wire about seven times before he shot under the fence and tore off down the hill, howling all the way.

He finally came home about three hours later, but he came up the long way around via the driveway, and he growls at the fence every time he looks at it now. 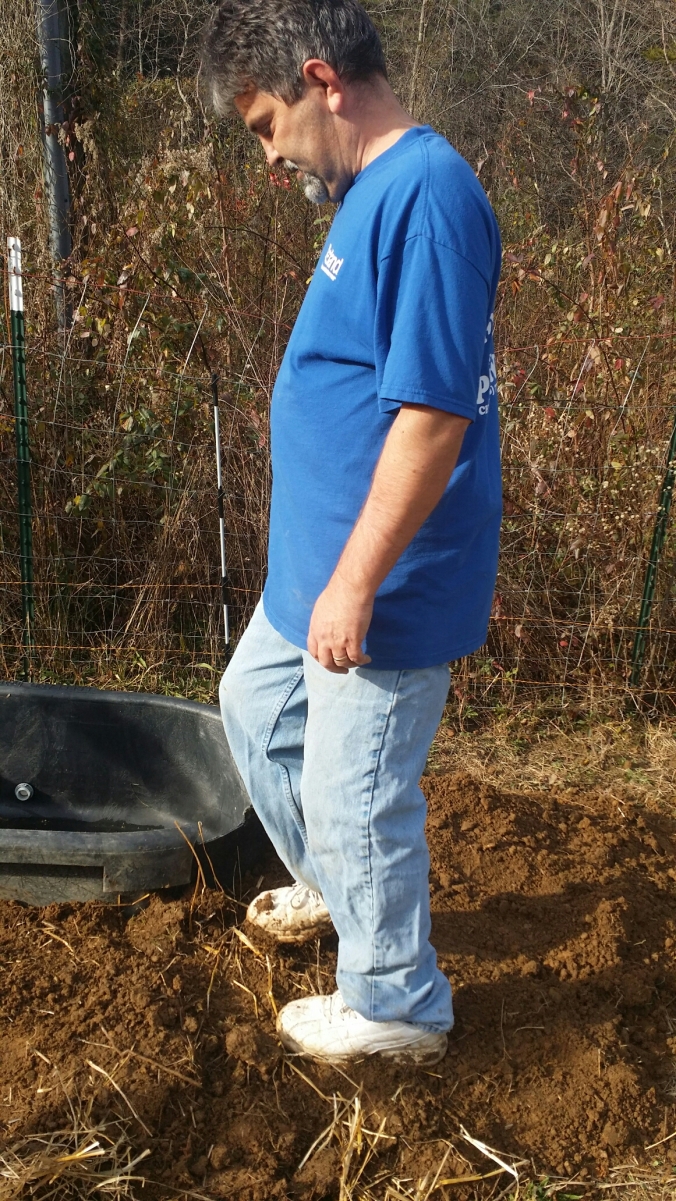 Still, all in all, I think it was a great day…

…and the pigs are pretty happy about their new digs, too!