I have a dirty little secret:  I do NOT have a green thumb!  It’s quite the opposite.  I have the plant thumb of death.  I honestly stink at growing any plants except for big patches of wildflowers (which Gramma Izzie calls weeds) which grow over the sidewalk, forcing us all to walk in the yard instead.

Every year, I say it’s my year to figure out gardening.  How hard can it be???  If I can keep big and little animals alive, why is it so hard to raise a tomato???  Annnnnddd every year, my plants die.

This is the year though. I can feel it!!!  I downloaded a free app to tell me what to plant by the signs of the moon.  There’s no way I can mess this up. Ted laughed at me, but I told him I need every advantage I can get. The app literally says, “Plant root veggies today before 5pm. Do not sow any seeds today.”  I can get on board with those kinds of instructions!  I had to look up the definition of root veggies, but I got it!

I planted a few little pots of flowers for the steps and three little lettuce plants.  They’re on the steps.  My fingers are crossed that I get at least one salad from those lettuce plants. One salad will offset their cost, and two (Dare I hope for two???) will make me a success this year!  More than that, and I might have to set up a stand at the farmers’ market! 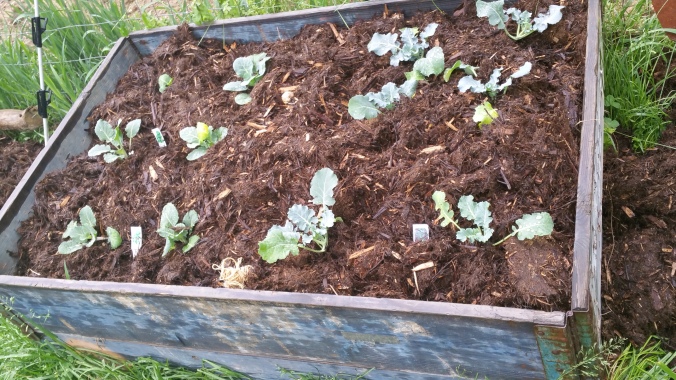 Ted found a ton of mulch that set in the barn for two years, and it wasn’t mulch anymore. It was decomposed into thick black dirt. He dumped six bags into my raised beds today (before 5pm!), and I planted six broccoli, six brussels sprouts, and three cabbage!

He planted a blueberry and two blackberries (although the app said not to plant flowering plants until after 5pm today – he laughed at me and planted them anyway).  I tied the old blackberry canes to the fence for a trellis and was delighted to see so many flowers on them!  Here’s hoping that this year I get a cobbler from those two older plants.

I have tomatoes, peppers, corn, pumpkins, cucumbers, watermelon, canteloupe, sugar snap peas, and green beans left to plant.  I’m waiting on the app to tell me that it’s the right day.  I figure I’ve tried everything else to be successful in my failed gardening attempts, so why not this, too? 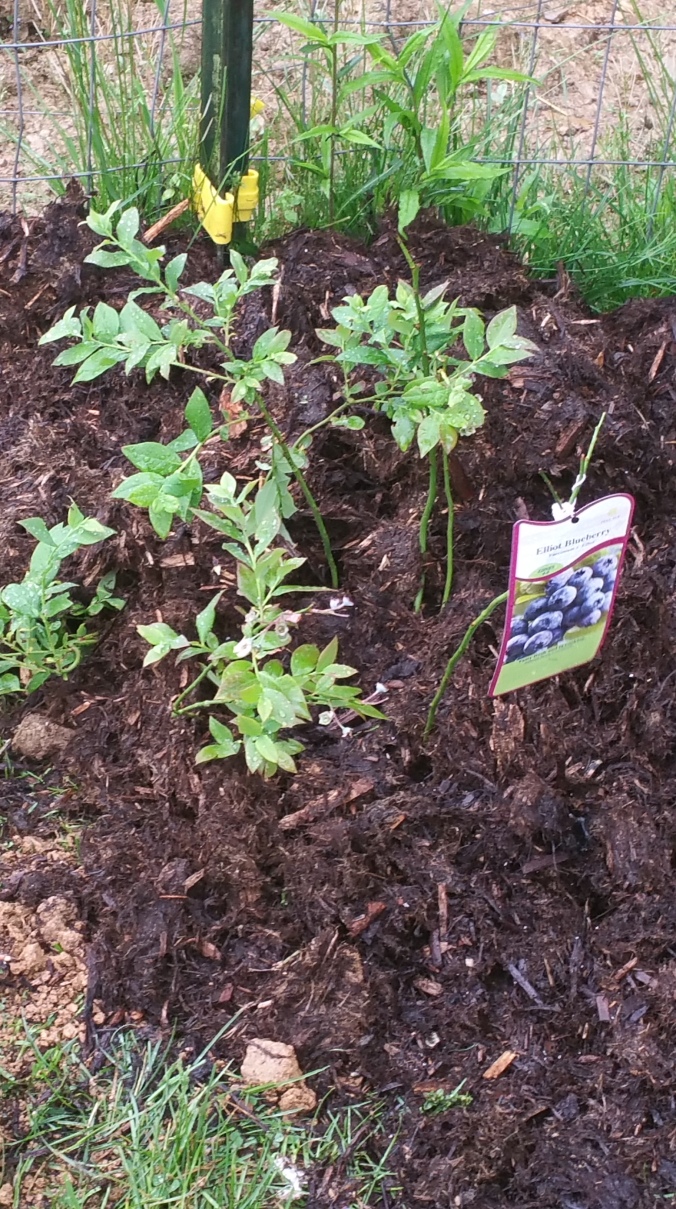 I’m telling you: this is my year for my garden!