The pig feeder is stuck shut again. We’re not sure what’s causing it. We thought it was the rain getting into the trap and then freezing it shut. It’s been above freezing for the past few days though (in the 50s for a bit – a virtual heatwave!), but it’s stuck again.

The pigs still have to be fed and kept content though (hungry/bored pigs will tunnel out of the fencing) so that means Ted has to climb up into the feeder and fill bags with the feed to feed them. 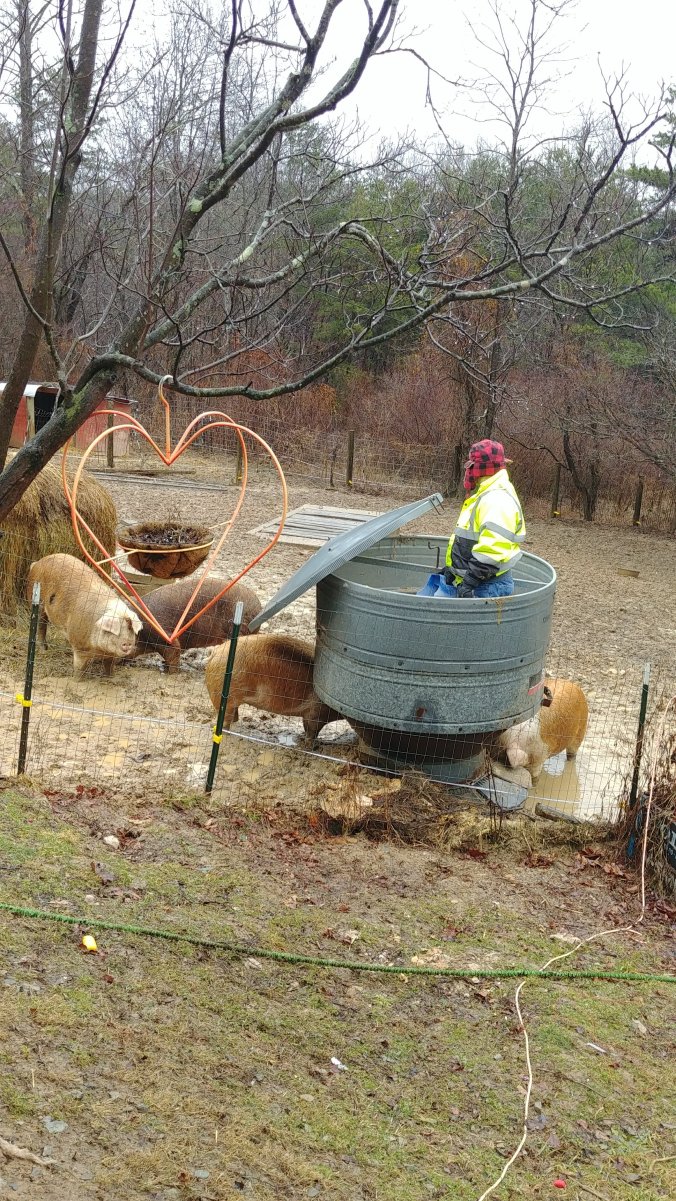 Look at those pigs! They’re getting huge! They’re even bigger than what this picture shows because if you look closely, you will notice that they are standing knee-deep in mud. That has happened because we’ve had so much rain over the past week that the ground is just saturated, especially where it’s around the feeder and they keep stirring it up. They. Are. HUGE!!!