The Terrible Twosome is no more.

Laughing at me because she was warm and I was cold…

I was running errands when Jim, the neighbor who helps out around the farm, called my cellphone. He found one of the Twosome half under a round hay bale. He said it looked like the bale rolled on her. 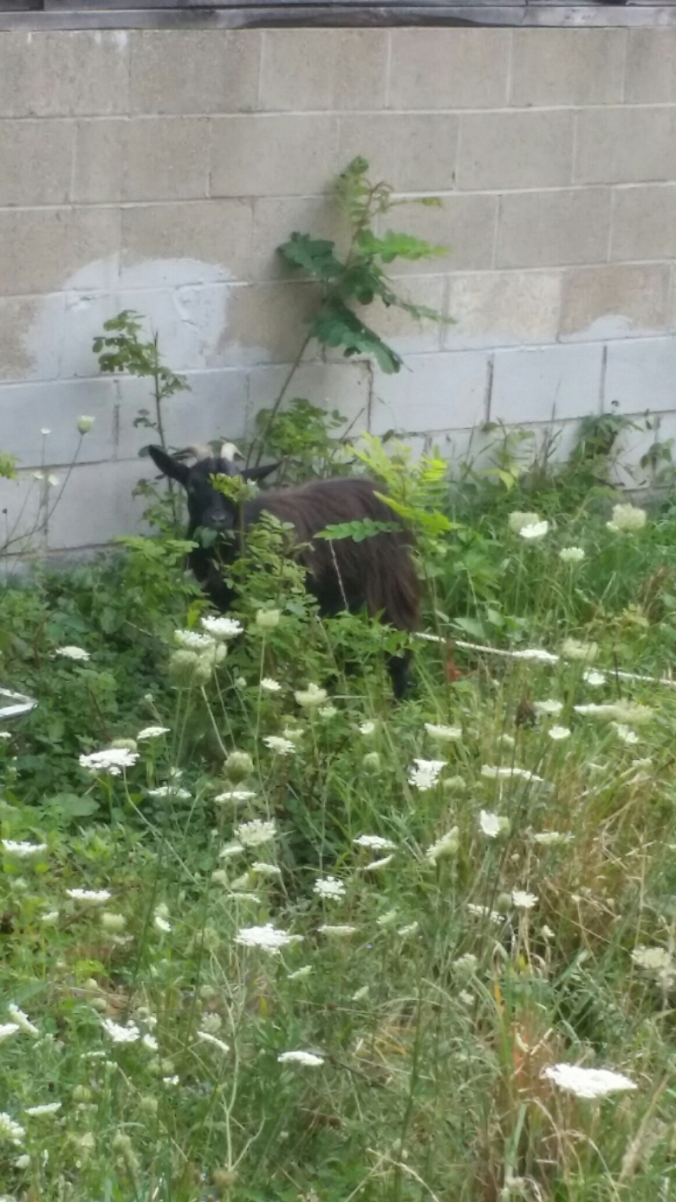 Playing hide and seek with me…

By the time I got home, he’d pulled her out and was well into digging her grave. Ted came up, and they buried her.

Jim bowed his head and said a prayer, asking God to “find Cantankerous a nice spot up there because she deserves it; even though she is rambunctious, she’s a really great goat.”

Poor Bessie is so sad…

Bessie bawled for a good long time. I’ve been down to check on her twice, and I was shocked to find her crying the second time. Ted says that’s not possible, but I have pictures to prove it.

The tears traced right down the contour of her face under her eyes.  If you enlarge the pictures, you can see them.

I feel so badly for Bessie and Blue (the other goat). Beef really doesn’t like the goats, but Bessie and Blue just seem beside themselves.  The goats were sisters, and Bessie has been with them since we brought her home when she was a tiny fuzzy calf.

It’s a sad Saturday for us all.