Ted brought Bessie back to the paddock in the yard. The grass has grown up in there at least 8″ tall (and some of it’s knee high) since we moved her in June.

Unfortunately,  this is where I planted my mini garden so she’s tied to a 50′ long rope right now to keep her away from my tomatoes, watermelon,  peppers, and pumpkins!

She’s really enjoying being back up here. 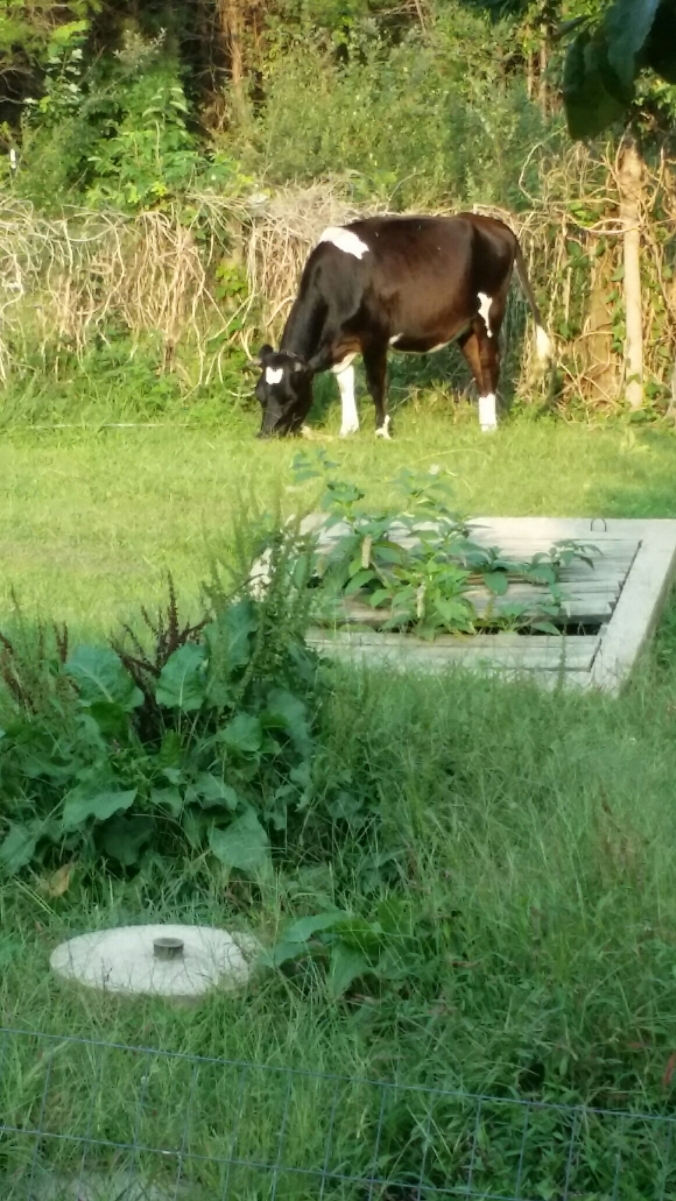 Gramma called to say the goats are having fits because Ted walked up the hill with Bessie but left them down there. They carried on so much Gramma thought Ted might have fallen or that Bessie might have stepped on him so she called to see where he was. LOL