He got into a fight with a stray cat, and he lost.

If you’re squeamish, close this post and don’t read any further because there are pictures of his wound! 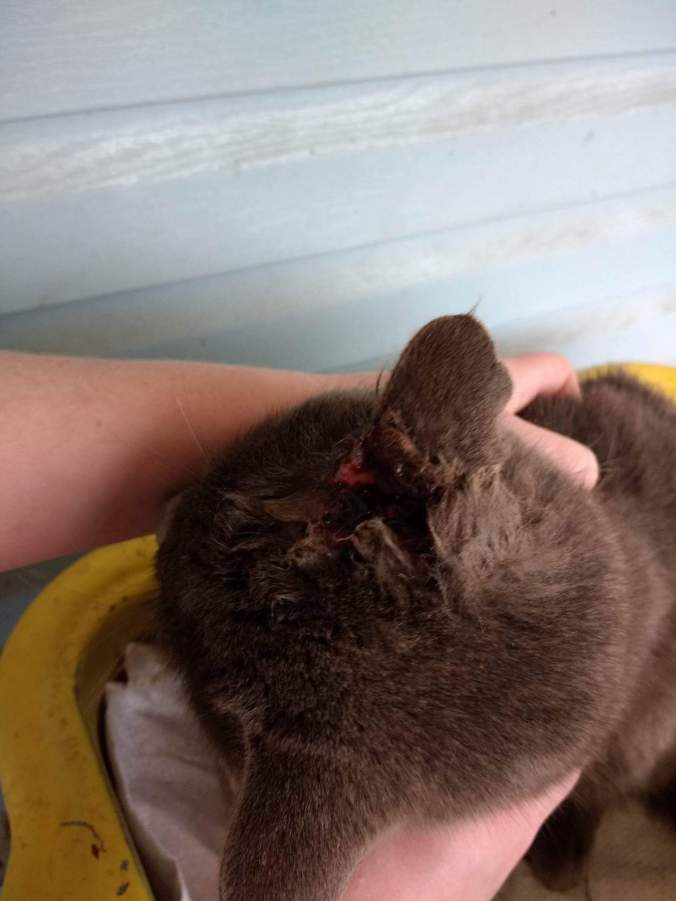 Yep, that’s torn open, but it’s not down into the muscle – it’s just a big skin tear.

He wasn’t happy we were taking pictures, but he wouldn’t hold still, and I didn’t want to poke at him.  I needed to see if he needed a vet or if this was home treatable.

Smart phones are great for this type of farm work.  I snapped the pics in a few seconds and could then blow them up to really look closely at his wound. 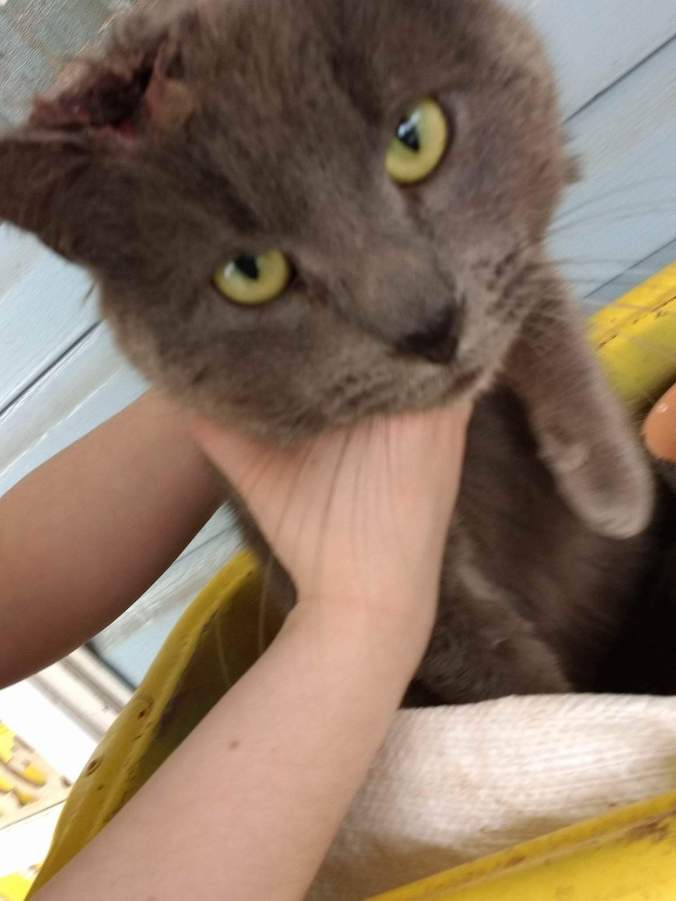 It looked worse than it was, so I treated him at home with an essential oil spray that I’ve used successfully on the cats, dogs, and chickens before.  He hated me by the end of the week because he despises getting sprayed by anything, so I had to bribe him with treats and then grab him with a dish towel around his front paws and quickly spray his head, but he has healed up quite nicely!  Unfortunately,  there are no after pics because when he sees me now, he runs just out of reach.  I guess he’s had enough of the spraying and thinks I’m going to do it to him all the time now.

At least he’s okay though!