After dropping the puppy off to meet her new owner, we headed to a local auction. This wasn’t the auction we normally attend on Saturday nights. This was a real auction with tons of tools and antiques. Unfortunately, there were no farm items there, and the two items that I was interested in went very high so we left.

After googling auctions within 30 miles of our zip code, we decided we just wouldn’t go to one today because the only ones we could find were estate sales.  We decided instead that we would go get something to eat, and when we went through town I cut up the side street by the Memorial Building and saw a sign that said action. I drove us by there, and there were farm tractor implements setting outside!

The entire Memorial Building was completely full of items that were getting ready to be auctioned. We saw lots of toys, Antiques, beautiful household furniture, a hot tub, a motorcycle sidecar, a Kenmore freezer, and a whole section of farm equipment. 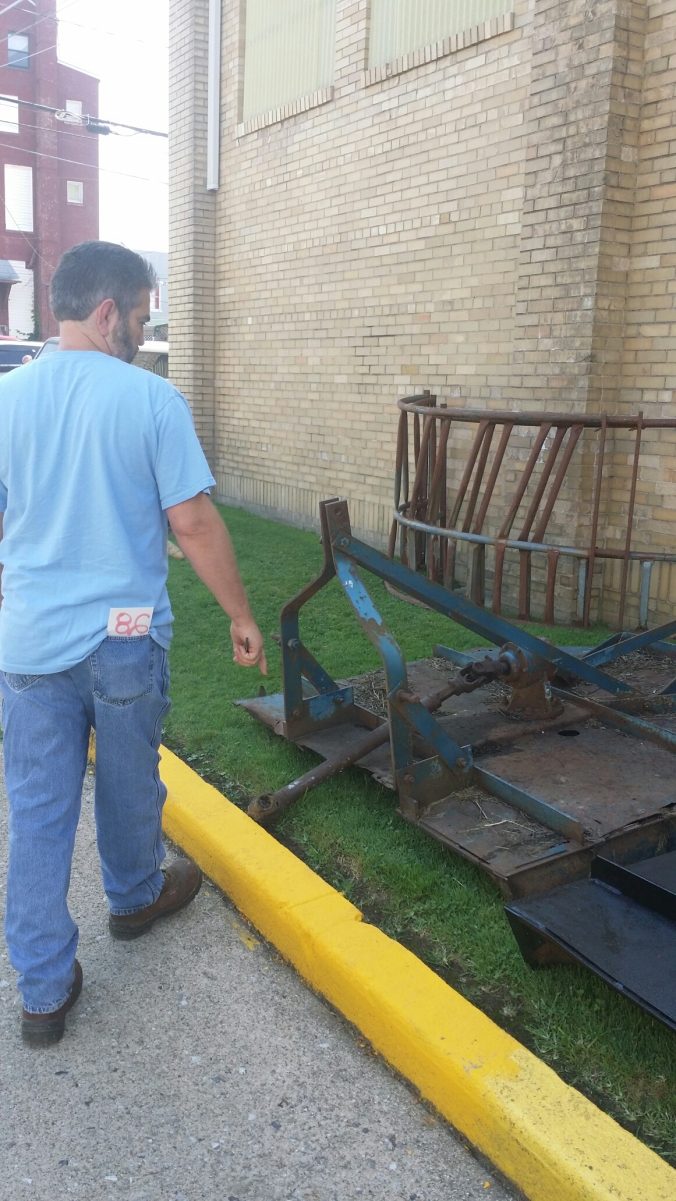 The first thing we did was go outside and check out the tractor implements after finding out they would be auctioned off at noon. There was a finish mower, two brush hogs, and a hay ring.

There were also two neat looking dune buggy type cars, and there was a beautiful brand new Amish market buggy for sale.

The neat hopped up car had handmade gauges in the dash! 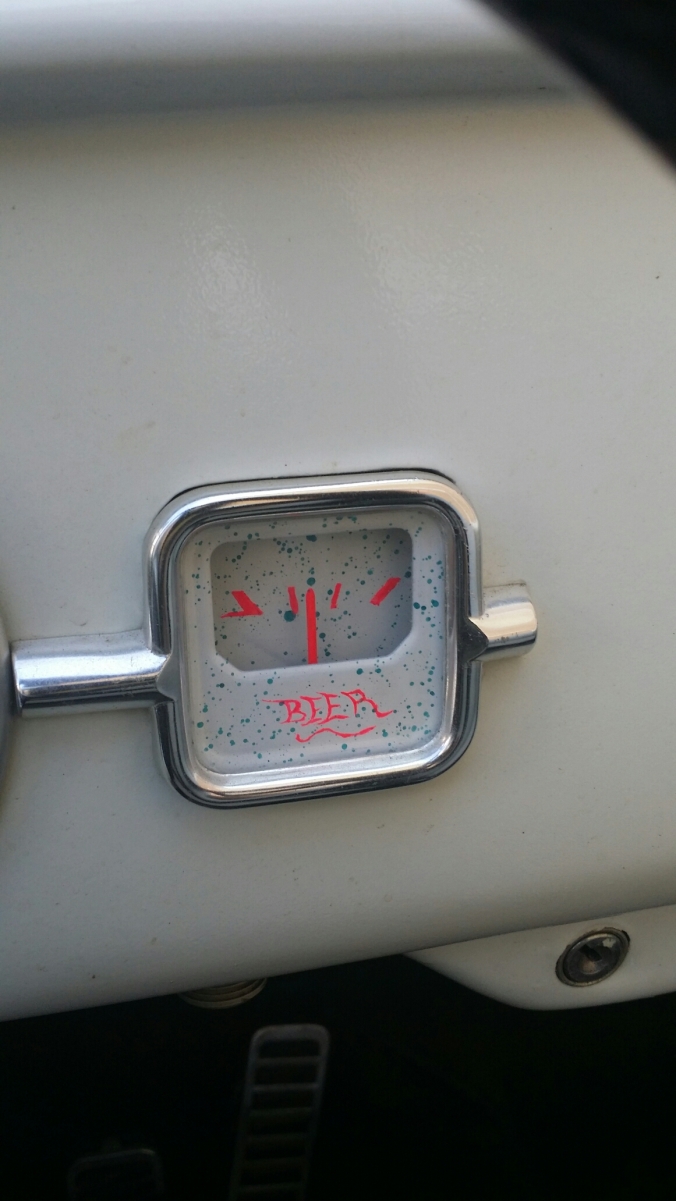 We went back inside and got a number, and then I found a solar fence charger on one of the tables! I wanted that fence charger! I know how much the one we bought at Tractor Supply cost us, and I wasn’t letting that got away if I could get a good deal on it. Evidently there was one other farmer there because he bid on it as well, and just when I hit the price where if he did it again I couldn’t go any higher, he stopped bidding! I got a Holdem fence charger for $55!  I posed my questions about it in a farm group online and found out this charger does twenty acres (five miles) of three strand fence. I’m THRILLED with this purchase!

I got a solid oak rolling office chair that looks like something a banker would use, and it is going in my office. I can finally throw out the vinyl one that has the entire seat bottom ripped out.

They had lots of box lots.  Most of those were selling for two and three dollars a box. One set didn’t sell, so I offered two dollars for the two boxes, and I got them! They had lots of pretty stemware and heavy glasses in them so that was a real steal!

I picked up another box lot for a dollar because it had a cast iron fajita pan in it!  All that needs is a little wash and seasoning to look like new.

The steal of the day, though, was a huge set of windows for just $10. Read that again. TEN DOLLARS!!!! There were four double sets and a bunch more single ones and tops/bottoms. I am just thrilled with those! I told Ted he has to set me some posts, and I’m going to scrounge up some 2x4s and start screwing the window frames to those and I’ll have my greenhouse!!!

We had to call Dad to bring his trailer and help us get everything home.

It took them an hour to load it all and secure it to the trailer.

And that bush hog?  Ted drove the tractor back to town and picked it up. He bought a PTO shaft from Rural King for it, and he has about 25% of the cost of a new one in a professional grade bush hog now!

He sure did look cute driving that thing through town. The looks on some people’s faces were priceless. You’d think folks had never seen a tractor before!

Moral: check out all local auctions; you never know what treasures you will find!