Someone posted on a local Facebook group that she had two broken refrigerators and a washer for free – first come, first serve!  We use broken refrigerators to store our pig feed and cattle feed, and I’ve been watching for another for a while to store the chicken feed.  I immediately woke Ted up from his nap to go.

He looks pretty happy for a guy who was just woken up from his nap, doesn’t he?  I think his great mood is because of that new heifer calf, Belle.  He loves when we have calves!

Too bad these are broken because this one with the freezer on bottom would look awesome in my kitchen!

We wound up getting both when we got there (Debbie’s husband was thrilled to have his porch clean again LOL), and we headed home.  We had to stop once to readjust the straps as the bigger fridge was shifting every time we hit a bump, and we were worried it might fall out.  Unfortunately,  there are folks who don’t know what assured safe clear following distance means, and we met every one of those folks on the way back! 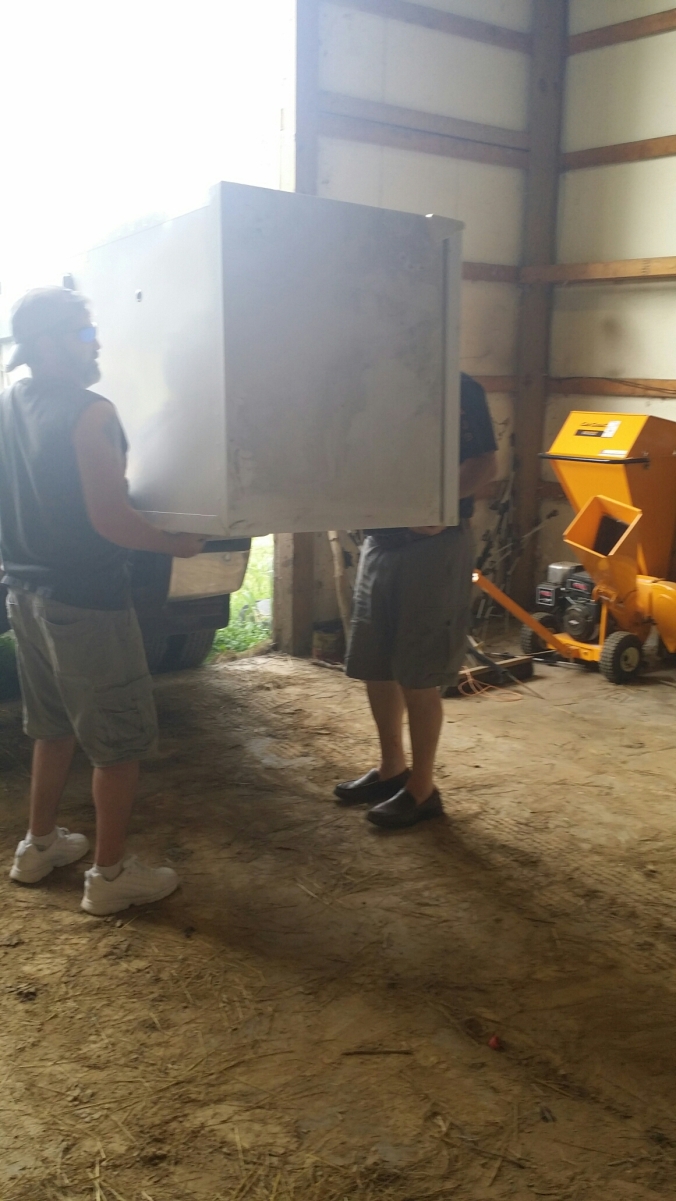 Dad saw us when we got back, and thankfully he came over and helped Ted get the refrigerators unloaded because they were big, bulky, and heavy.

Now we’re ready to set them up in the barn once it cools down, and we can make fewer trips to the feed store this winter!