Earlier this week, Ted and I worked on the current project for a little while.

We had to do some measurements and then find exactly what we needed to fit.

Then we had to figure out some materials. Puppers took over a supervisory role.

Ted and I got up early this morning and headed out to the concrete place to get a load of sand. Then we had a quick breakfast at the truck stop, and we were on our way back. Ted and John started working as soon as we got home, and they are still out there at it.

You can really see the project taking shape now though! 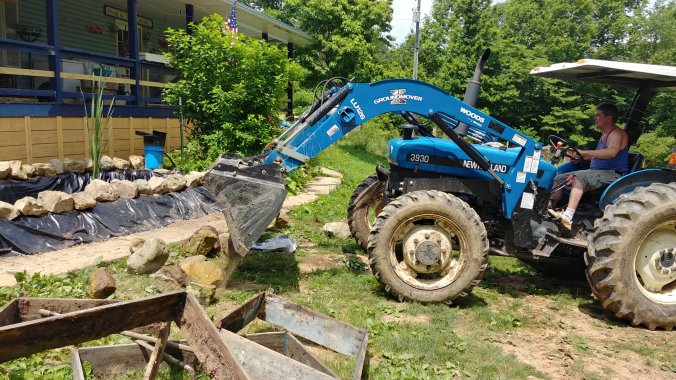 It was a little hard for me to convey exactly what I wanted this corner of the project to look like, but after I showed a few pictures to Ted at breakfast, he had the idea, and he really took off with it while working on the project.

Luci was the one who took over supervisory duties today!