This normally sluggish cat is tearing around the living room like a chicken after a grasshopper.

You have to understand. Daisy is an old cat, probably at least ten years old.  When she arrived here one cold October night in 2009, she was a stray who had obviously been dumped. My Dad had said a cat was hanging around at the church a couple of days before that, but we didn’t see her when we went to look. Then there she was – skin and bones, standing on the arm of a porch chair, pawing at my frosty living room window and crying like crazy.  I felt so bad that I let her in and fed her, but I told the kids she was going right back out the next morning.

I woke up bright and early to a pile of dead mice that she’d left for me as a present (don’t judge – we live in the country, and it happens!). She was promptly named Daisy and never made to leave here again.  Now she’s fat (seriously  – this cat has fat flaps) and sassy and rules over the dogs with an iron paw.

Normally, she lounges about on piles of freshly laundered clothes, my old ratty office chair, warm sunspots in the windows, and any open cardboard box she happens to find.

Tonight, she was a terror, sliding over the wood floor,  scrambling across the couch and end tables, leaving a haphazard wake of Countryside magazines and Scentsy catalogs behind.

Her target was a fat moth, fluttering and flapping along the edges of the living room lamps. Daisy stalked it and almost had it several times before starting her fast paced frolic that left me a big mess to clean. 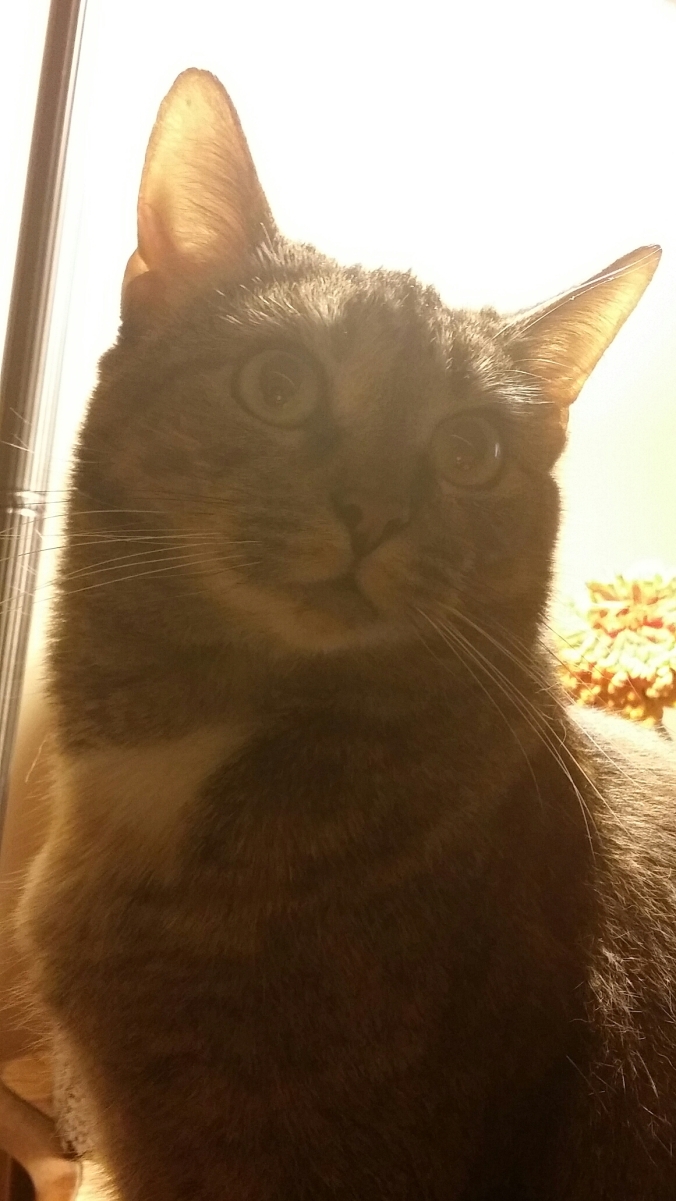 The moth survived, but Daisy is plotting her second wave of battle. The war is not over.